10 reasons to make HoJo Anaheim your home for the holidays 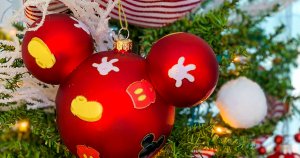 10 reasons to make HoJo Anaheim your home for the holidays

With October in full swing, now is the perfect time to finalize your holiday getaway plans and what better place to stay than HoJo Anaheim?  We’ve put together 10 great reasons to make HoJo your home for the holidays:   Holiday Candy at the front desk Whether you’re checking in, or on the way out […]

Written by Andy Castro on October 16

Happy New Year everyone! I had the chance to brave the parks during New Years Eve and had a blast! As expected, Disneyland was extremely busy, but surprisingly Disney California Adventure was manageable. I snapped a bunch of pictures so you guys can enjoy the parks and cringe at the massive amounts of people from […]

Written by Tommy on January 5

Mattercam Upgraded for Clearer Video We’ve finally received our new dome cover for the Mattercam!  Now you can enjoy even clearer images of Disneyland Park and Disney California Adventure Park with no blurry areas.  The webcam stream also includes the name of what the camera is currently showing.  Hope you love it!

Written by Jonathan Whitehead on September 21

NEWSDAY TUESDAY: THE SKIES, THEY ARE A-CHANGIN’

This past Sunday marked the death knell for the Halloween Screams fireworks show [BOO!] . But starting this Friday, November 6th, the ‘Remember…Dreams Come True’ comes back for three nights [YAY!], and then the Holiday Season officially commences in the Parks the following Friday, November 13th [Double YAY!] . And you know what that means, […]

Written by Jonathan Whitehead on November 3

Can you believe Halloween is almost here?! Where did October go?! This is the last week that the immensely popular Halloween Screams will be lighting up the night over the Disneyland Resort, so make sure that you get your fill before it’s gone, gone, gone, whoa-oh-oh! Disney, Disney! I’d get down on my knees for […]

Written by Jonathan Whitehead on October 27

I’ve been to the Parks a few times this October, and I’m not claiming to be an expert or anything- but I do want to pass along a couple of things that have helped make my time in the Parks more thrilling! 1. If you don’t feel like spending three hours of your time in […]

Written by Jonathan Whitehead on October 14

It’s no secret that Halloween is one of my most looked forward to holidays. I love everything about this time of year- the cool chill in the air, the way people start bundling up and standing a little closer together, scary movies, pumpking carving, trick-or-treaters, spooky decorations and a spirit of fun that seems to […]

Written by Jonathan Whitehead on October 5