Written by Andy Castro on April 23

Being so close to the magic, HoJo Anaheim has become a home-away-from-home for many Disneyland fans over the years. Our resort-like property, spacious rooms, Castaway Cove water playground, and proximity to the magic has earned us a dedicated fan base from all over the world. But there’s one HoJo amenity that’s especially unique. Our live “Mattercam” webcam, offering 24/7/365 views of the Disneyland Resort, is a special feature that no other Disneyland-area hotel has. 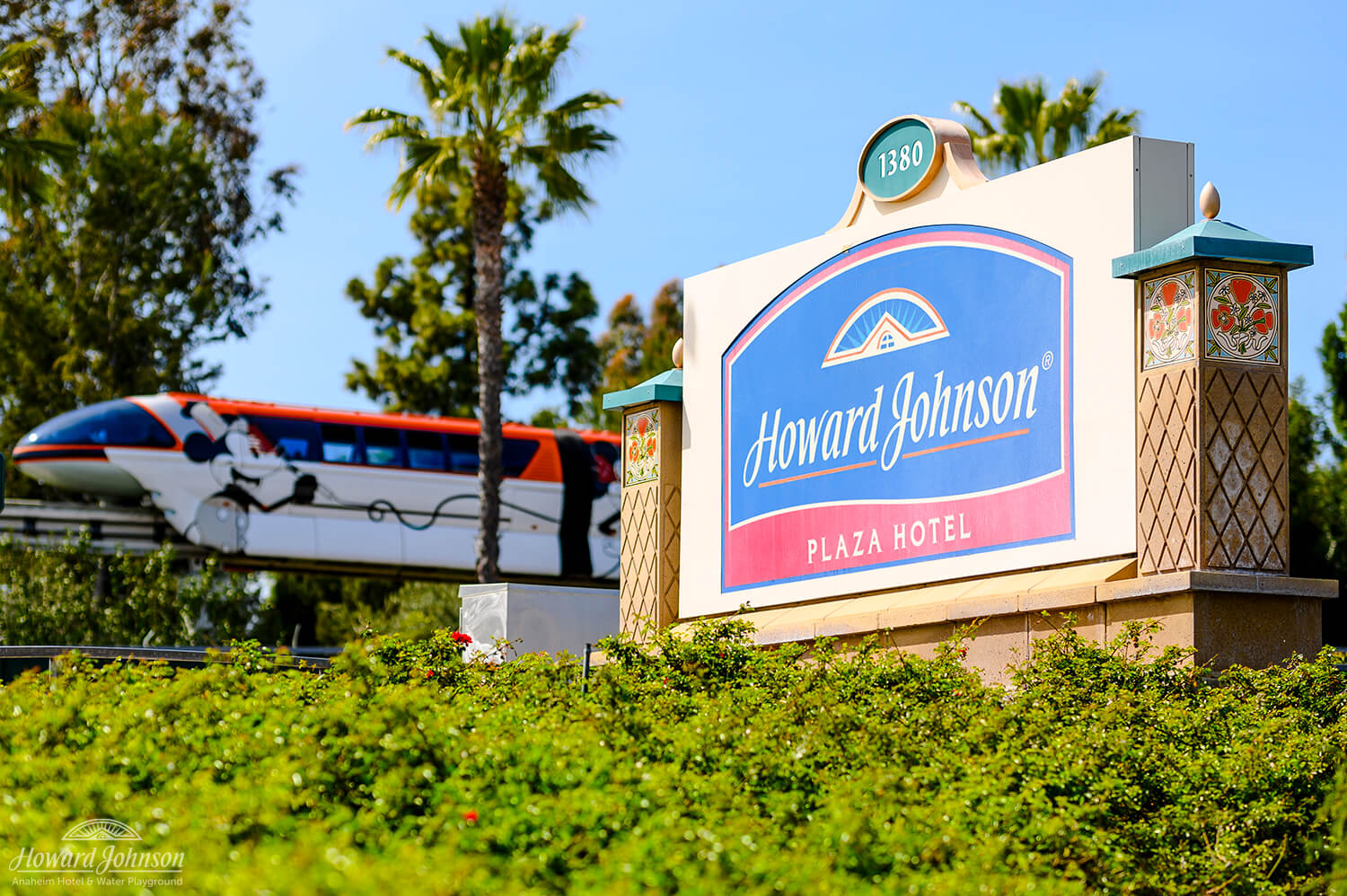 Hailing from Salt Lake City, Utah, Matt has been an “absolute Disneyland nerd” his entire life. Matt discovered the HoJo Mattercam one day while looking for an escape from his hectic workday. The much-needed mental break the Mattercam provided him grew from casually checking in, to interacting in its live chat, to creating a Facebook Group he dubbed the Mattercammers United. Matt created the Facebook Group to have a more dedicated place to discuss Disneyland and chat about the Mattercam’s live feed.

Matt describes his experience with the Mattercammers United as being the Disney equivalent of the video for “No Rain” by Blind Melon. In the video, a young girl dancing in a bumblebee outfit goes on a journey to find a group of outcasts to call her own. As Matt says, “It takes a special kind of weird” to be as obsessive as a place like Disneyland and he’s proud that his group of misfits all have that in common. 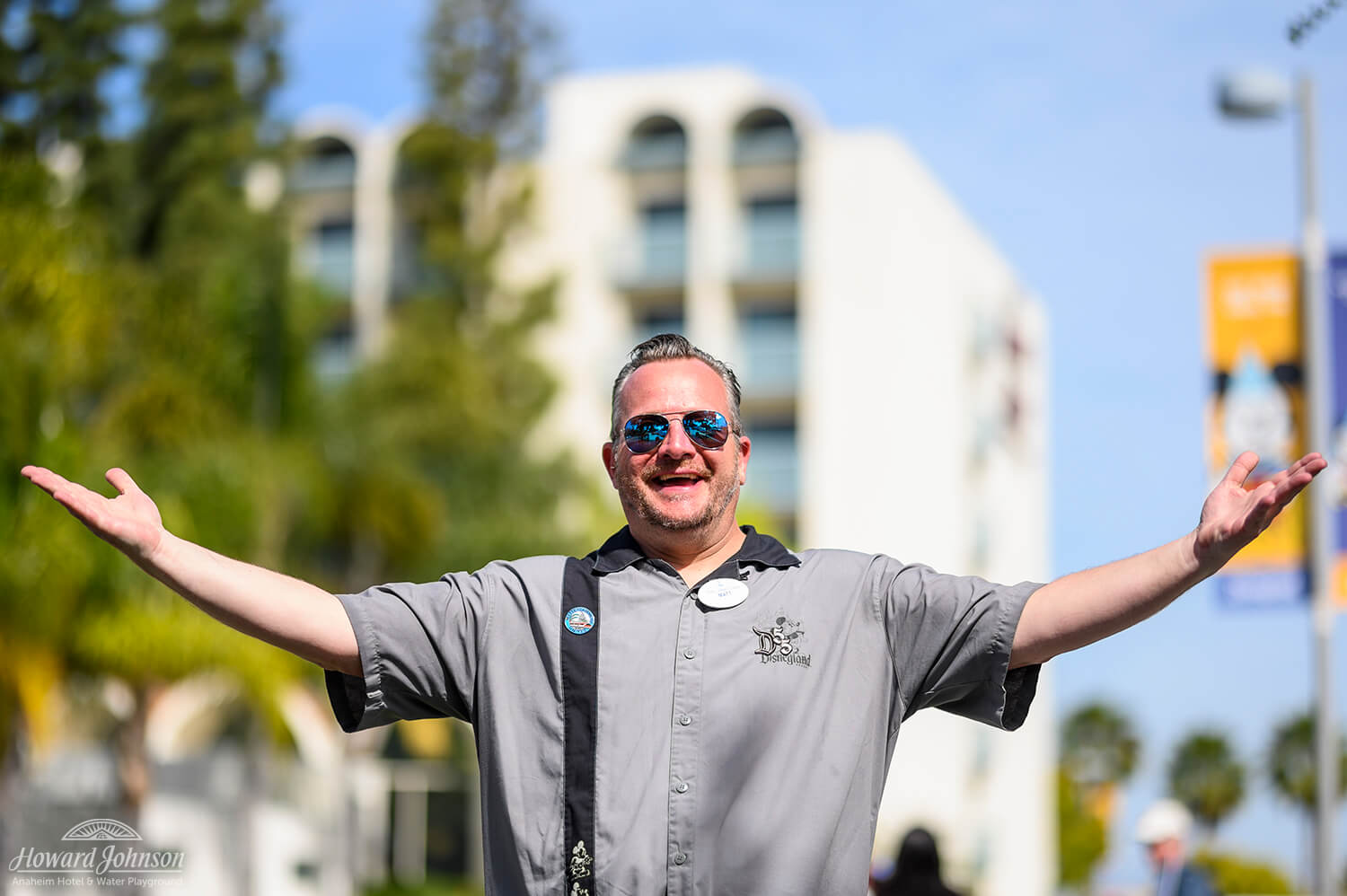 Matt and the Mattercammers are eager to welcome new folks to the fold. Since 2014, the family-friendly, Disney-positive group has been a place “to get together and celebrate our common love for Disneyland.” The group has grown from a handful of Mattercam watchers to over 1,000 members from all over the world, including the U.S.A., Australia, New Zealand, Mexico, Canada, and beyond.

So what’s next for the Mattercammers? As the group continues to grow, it has officially welcomed HoJo Anaheim’s Marketing Manager Heather Brodersen as an official group administrator to help oversee group activity and discussions. Meanwhile, the group is working on expanding to add Disney-related trips around the world in addition to its annual Anaheim meet-ups. 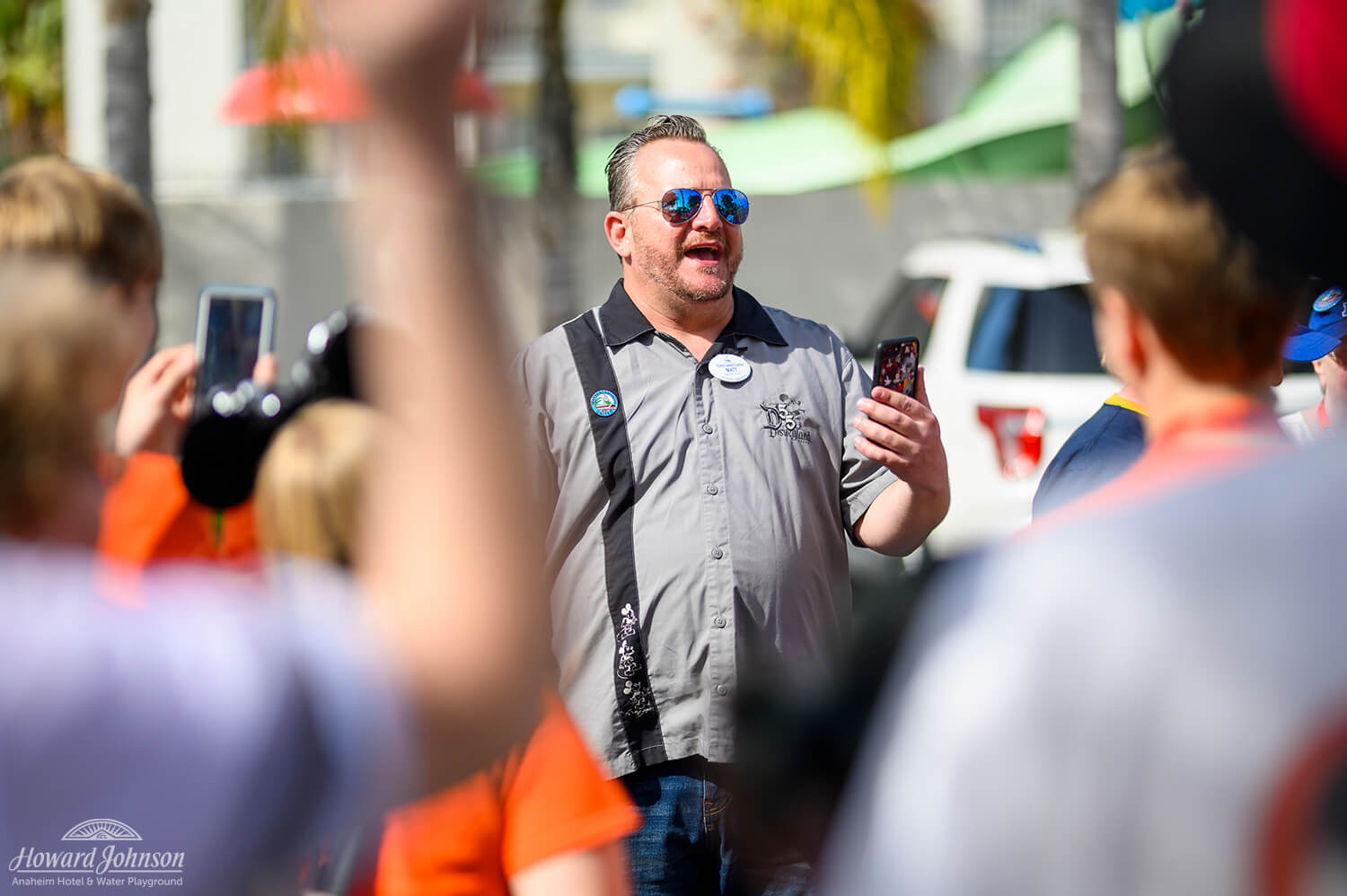 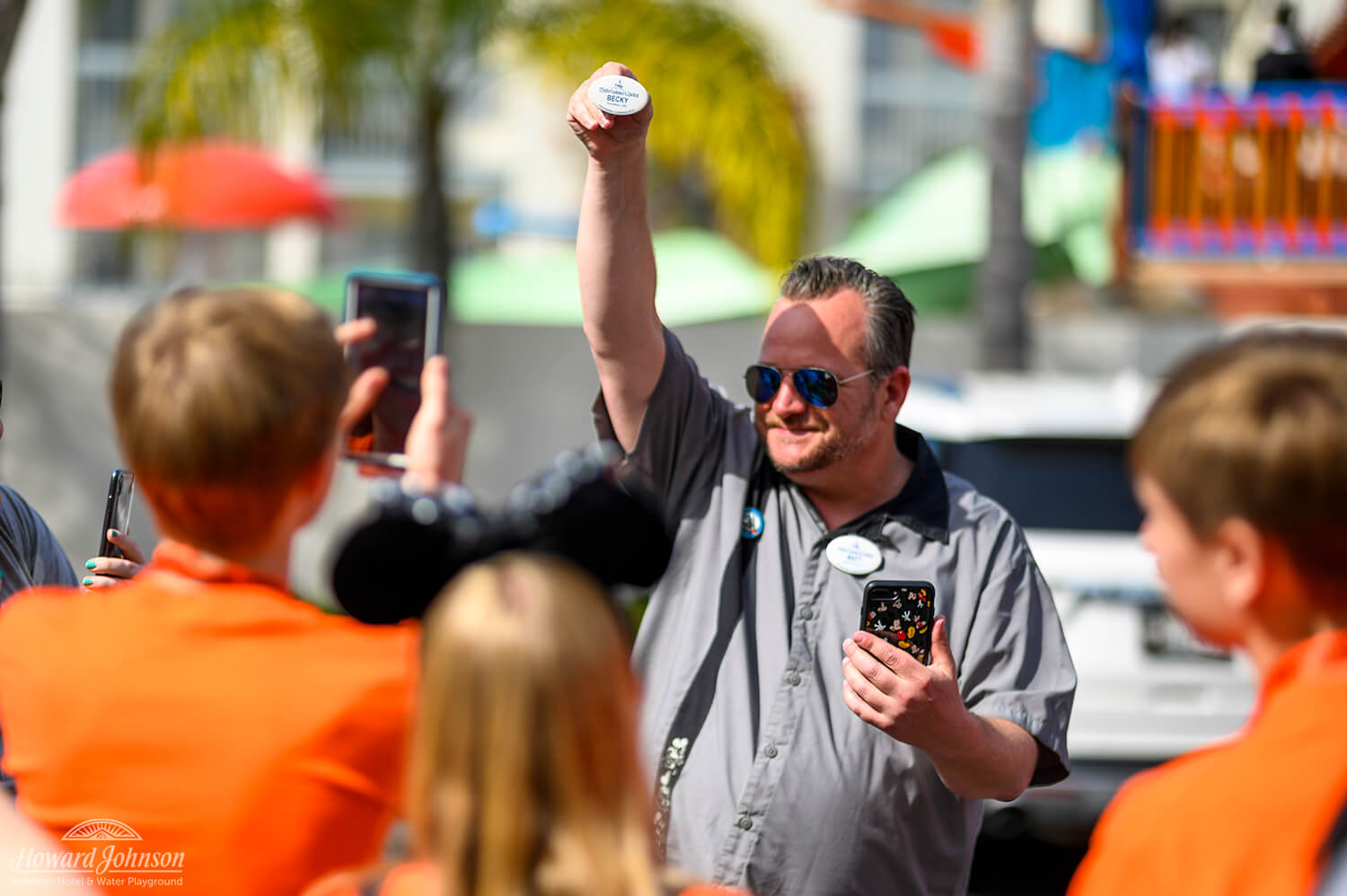 The special thing about the Mattercammers United is that it’s really become an important part of life to many of its group members. At 92 years young, coming to a Mattercammers United meet-up was a bucket-list item for Dawn (pictured below right). Since 1963, Dawn and her husband visited Disneyland together many times. The couple’s last trip together was in 2013, to celebrate their 59th wedding anniversary. Unfortunately, Dawn’s husband passed just weeks after that celebratory vacation. Dawn’s daughters got their mom watching the HoJo Mattercam after her husband’s death and returning to Disneyland one more time to meet her fellow Mattercammers quickly became a dream. She was able to make that dream come true at this year’s Mattercammers United meet-up!

Visiting all the way from Scotland, Ellen (pictured below left) has been coming to the Mattercammers United meet-ups with her daughter Moira (pictured center) for four years. Ellen became a Mattercammers while watching the HoJo Mattercam in the hospital while recovering from a double knee replacement surgery. Being able to get a bit of that Disney magic helped her recovery tremendously, “It brought me through it; it helped me through it,” she says.

Ellen says the Mattercammers have become an integral part of her life. When her special-needs granddaughter had to undergo open-heart surgery and experienced complications during the procedure, the Mattercammers banded together and offered to send a member to Scotland to help the family through their difficult time. “It’s such a fantastic group [ . . . ] They’ve got your back. They’re there for you. It’s amazing.” 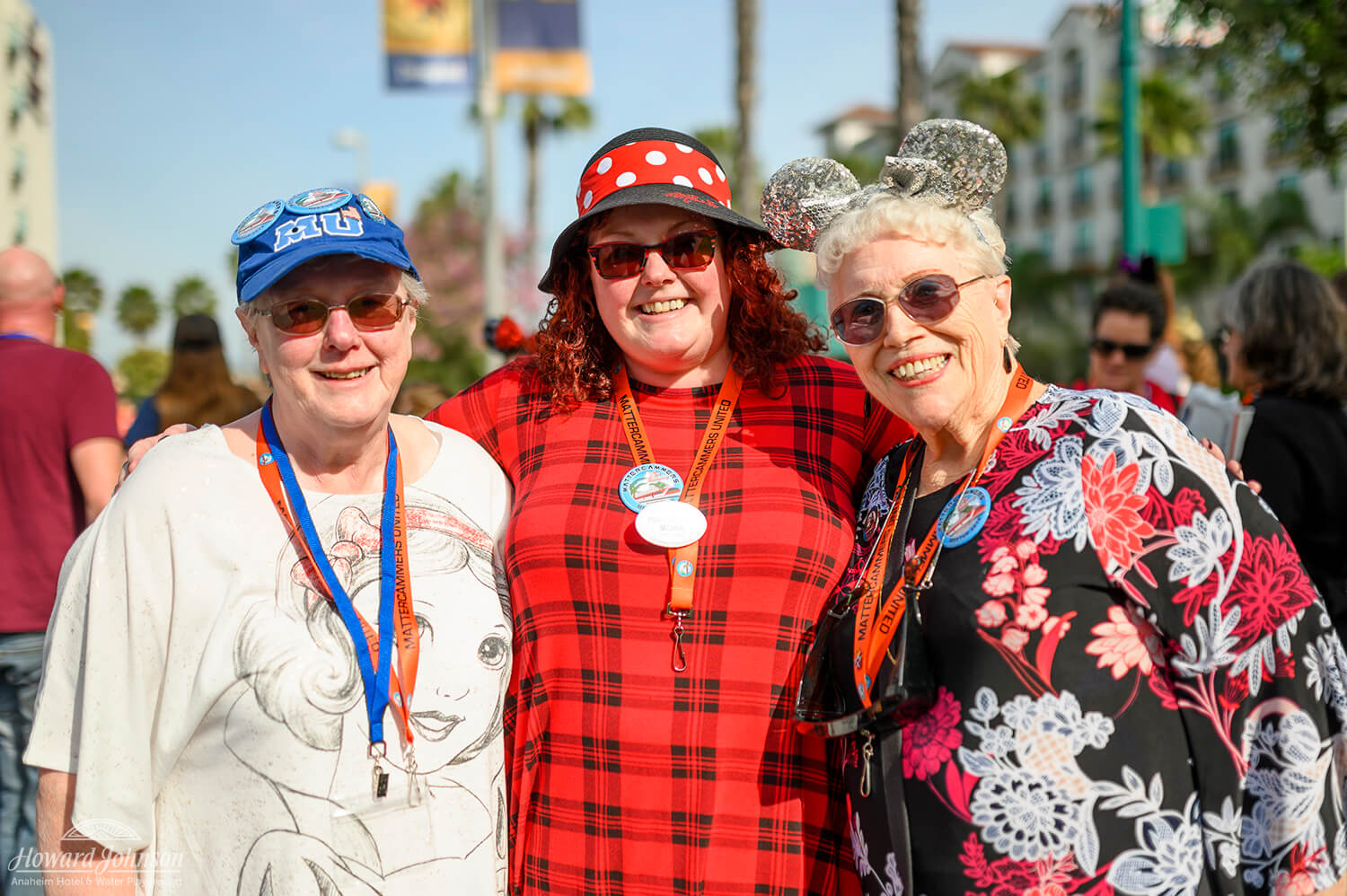 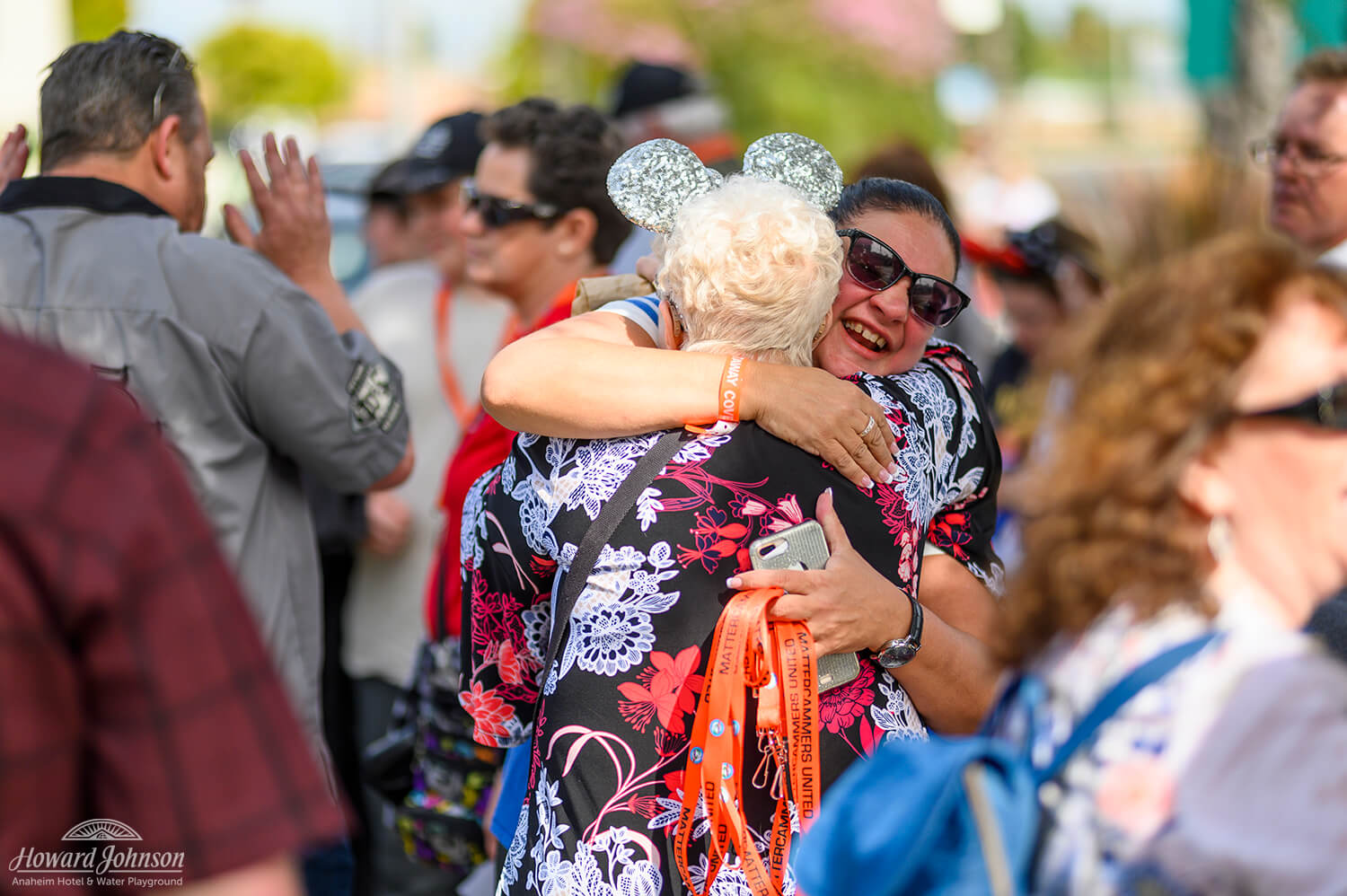 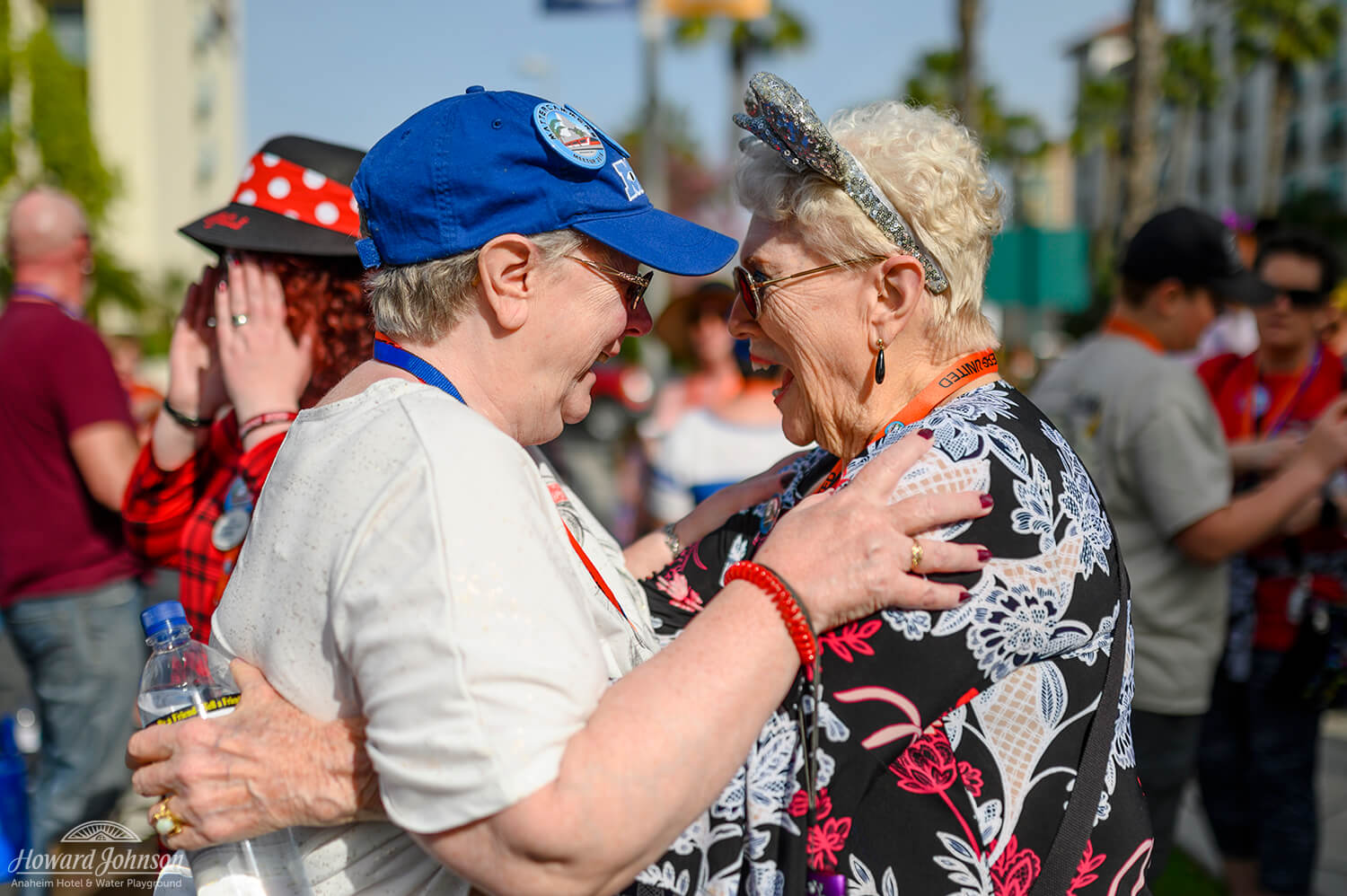 After mingling for a bit outside of the HoJo, the Mattercammers United assembled to waved at my camera for a big group photo with the HoJo Anaheim rising behind them… 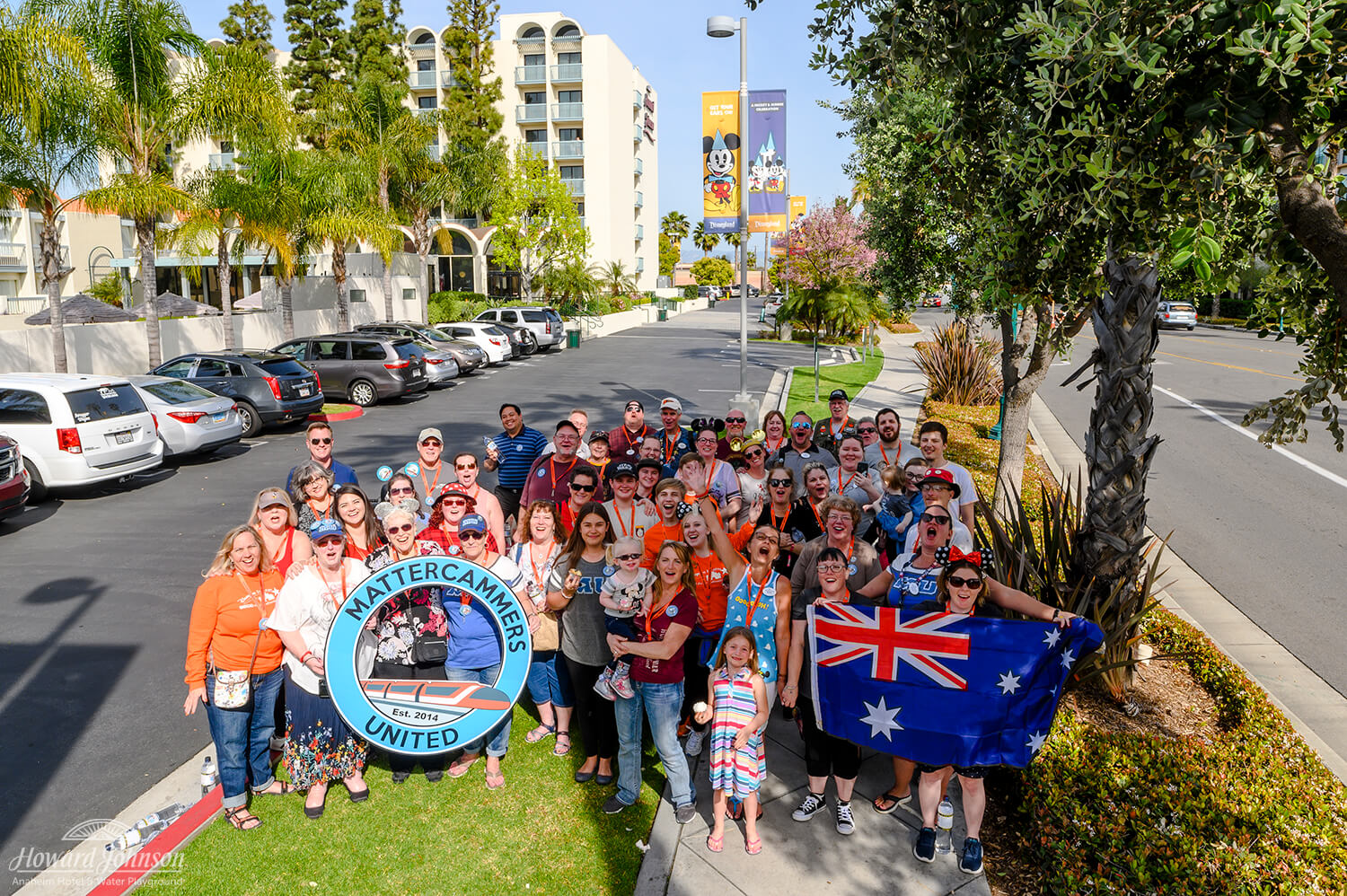 The group then turned around around to wave at the Mattercam (and everybody watching at home), as it streamed live from atop our iconic Building 1. 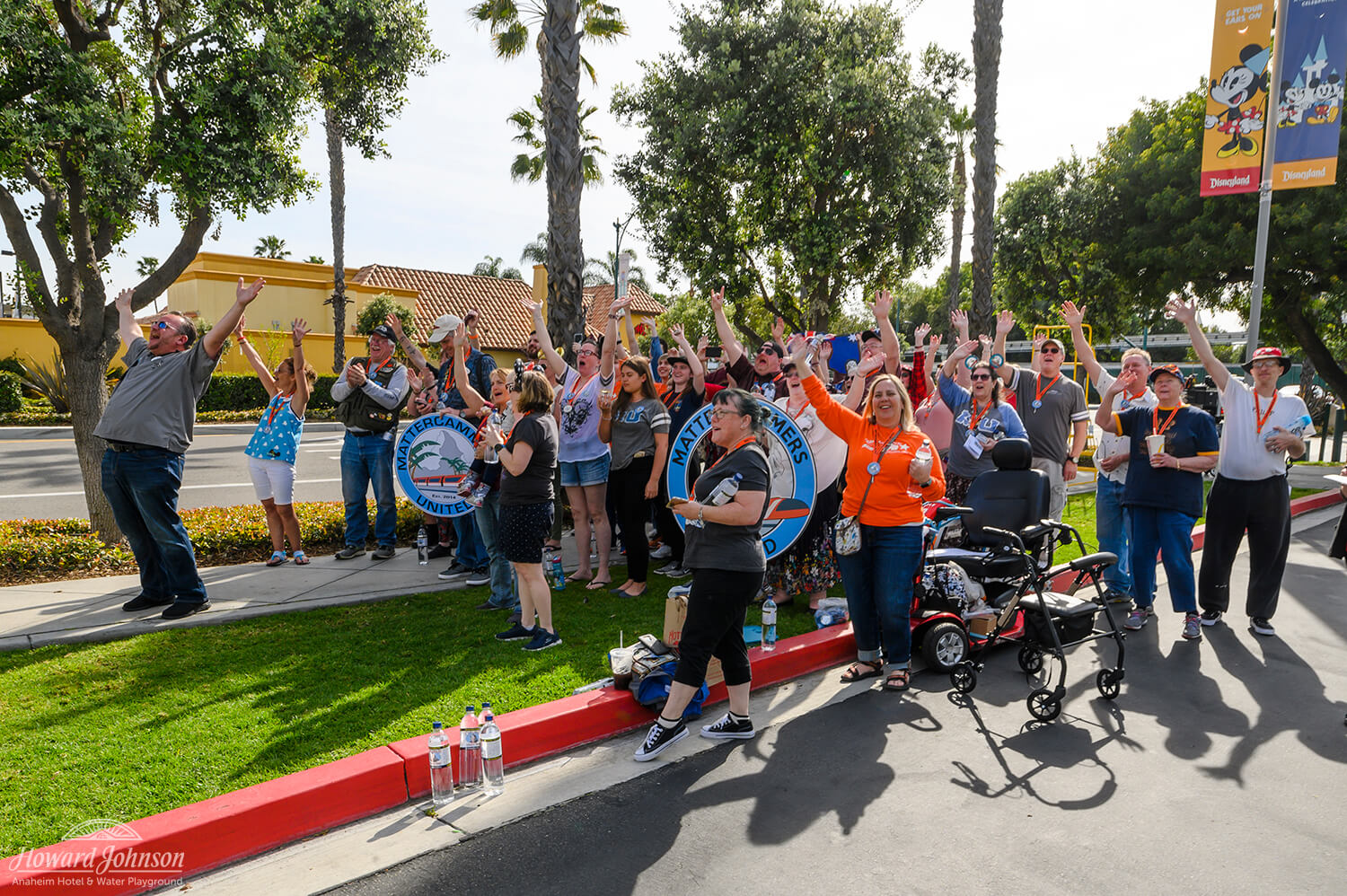 Who knew our little webcam would go on to be the online home to a community of friends? We’re thrilled to call the Mattercammers United family and welcome their stories as part of our own here at HoJo Anaheim. For more information on the Mattercammers United, visit their Facebook Group by clicking here. To check out the Mattercam and get live views of the Disneyland Resort, click here. To book your stay, call our front desk at (714) 776-6120 or e-mail us at stay@hojoanaheim.com!